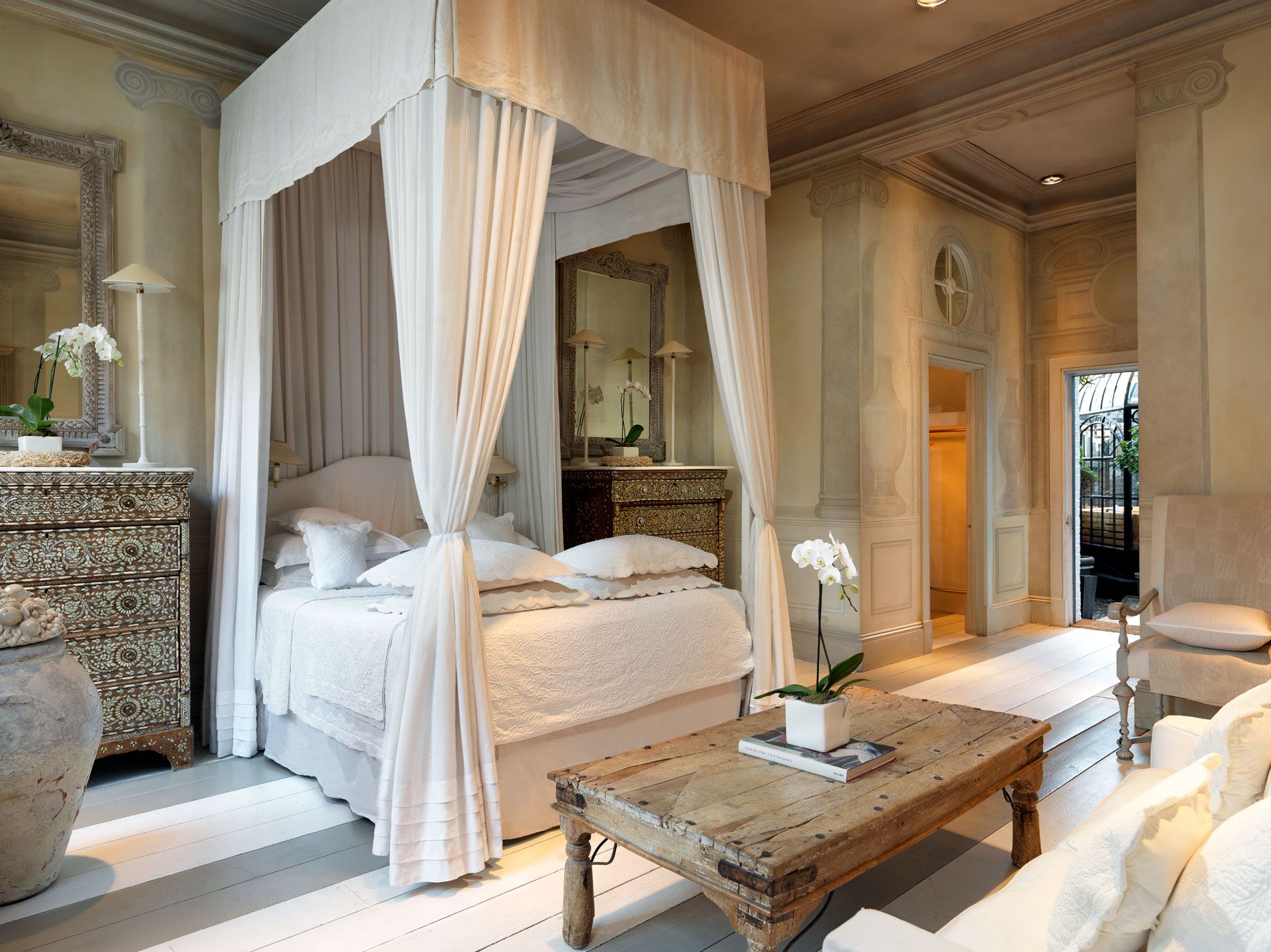 Antonio Cuellar is a photographer who has extensively travelled the globe in his role as a luxury hotel photographer. Antonio is an authority when it comes to architectural, lifestyle and food photographers. He is known for his attention to detail, his meticulous planning and his hands-on editing processes. He specializes in capturing the most spectacular photography of some of the world’s most luxurious hotels and resorts.

Words are useful in telling a guest why they should visit a particular hotel, resort or destination. But images share with the guest a divine and exclusive world of luxury that they should experience themselves. Nothing is as powerful as a guest imagining themselves in a scene and picturing themselves staying there, dining there, relaxing there or indulging there. When it comes to the hotel industry, words alone will never be as powerful as spectacular images.

Antonio is passionate about architectural, lifestyle, food and travel photography. His understanding of luxury branding combined with his years of acquired knowledge allows Antonio to work with the client to uncover what makes the property unique. Antonio has a meticulous eye for detail. His many years of experience have created a unique road map to providing the world’s best luxury hotel photography and video production.

Antonio is a leader in his industry. His extensive portfolio showcases his innovative outlook, his determination, his attention to detail and his understanding of his craft. Antonio works with small-medium specialized production teams to produce still imagery and video footage that has the sole purpose of driving sales and increasing bookings.

Antonio works closely with his clients and then his team to produce images and video footage that creates an emotional connection for the viewer. With his understanding of lighting, depth of field, proportion, styling and story-telling, Antonio is an exceptional hotel photographer. He creates the type of images that will seduce the consumer’s brain and persuade them to act.

The art of luxury hotel photography

Luxury hotel photography is more than a skill or a field of expertise. It is an art form. It is a highly challenging field of photography that requires years of experience and an in-depth understanding of the requirements of the industry. Antonio has an impressive portfolio that showcases his years of working within the luxury hotel and resort hospitality sector. He is a Hilton and Marriott approved photographer. His unique knowledge allows him to approach his job in hospitality photography with a full understanding of the hotel requirements. Ultimately the client wants to see spectacular imagery that tells a story and convinces their potential customers to act.

Antonio has been working as a hotel photographer for over 15 years. During that time he has photographed an endless selection of resorts, hotels and buildings. He is well versed in dealing with the challenges that this type of photography can involve. Weather events, appalling lighting, difficult staff, intrusive guests or animals that don’t quite behave as they should! Regardless of the issue, Antonio has been in countless situations and still been able to produce unforgettable images as a hotel photographer London.

Antonio is known for his eye for detail, his innate understanding of light, styling, depth of field, story-telling and creativity. He also works extensively with the client to ensure that he has an accurate understanding of their desired outcome and what they need their imagery to say. By utilizing all his skills, Antonio can capture and convey the essence and unique story of the world’s most luxurious and spectacular hotels, resorts and boutique properties.

London, the capital of England and the United Kingdom, is an appealing juxtaposition of old and new. There are parts of the city that are startling modern and very much 21st century. It is also a city where on almost every street corner, you will find reminders of a history that stretches back to Roman times. London is home to the British monarchy, Wimbledon and Big Ben. The Thames River divides this incredible city as it flows under the historic London Bridge. London has a skyline that includes the iconic ‘Big Ben’ clock tower, Westminster Abbey and the London Eye.

London has a thriving tourism industry that is a vital part of the economy of England and the United Kingdom. London is often the starting point for visitors as they prepare to tour the United Kingdom and Europe. With millions of tourists visiting London every year, a hotel needs to stand out from the crowd, especially in the lucrative and specialized luxury hotel travel market.

Antonio has worked with many of the most prestigious properties as a luxury hotel photographer London . He has a great understanding of London as a destination and of the messaging that the luxury hotels of this city and country need to convey. He is one of the best hotel photographers in London.

Some of Antonio’s work in London and the United Kingdom include:

Blakes Hotel, London was the first 5-star hotel in the city of London. Since its 1978 opening as a luxurious hotel, the guests of Blakes Hotel are witness to a luxurious experience combined with a sense of the dramatic. Blakes Hotel is popular with those from the world of fashion, film, music and art, many of whom treat the Blakes Hotel like it is a preciously guarded secret. When working with Blakes Hotel, Antonio had to understand the history of this fine establishment while also portraying its sense of theatrical excess, warm hospitality of the hotel staff, and refined luxury.

The Park Plaza Westminster Bridge in London is an ultra-modern hotel that has iconic views from an unbeatable central London location. With over 1000 rooms and suites, the hotel embraces contemporary design and first-class customer experiences when it comes to wining, dining and conferencing. Antonio worked to capture the modern architecture and amenities while also conveying the warmth of its design and features. The iconic location is very much a part of the appeal of this hotel. So the views and outlook needed to be included in a series of beautiful imagery.

Built in the 1500’s, Thornbury Castle allows guests to experience living history. Guests can sleep in gloriously lavish bedrooms where kings, queens and dukes have slept. Tapestries and suits of armour line the halls of the castle. Experience falconry, archery and croquet in the gardens or enjoy a sumptuous afternoon tea. Henry VIII once owned Thornbury Castle, so its history, especially for visitors is impressive. When photographing Thornbury Castle Hotel, Antonio worked to capture the feeling of the living history that is part of every part of the Thornbury Castle Hotel experience. Having done extensive travel photography focusing on many hotels in London, I can say that this hotel is one of Antonios favorite hotel to vacation at aside from the mandarin oriental hotel.

Antonio Cuellar is one such photographer who will take the time to understand your unique needs and make guest rooms look fantastic. With pre-shoot consultation, he will be able to create a shooting schedule that works for your particular property. He also has the experience and expertise to read the building, understand when the light will be best and to know how to showcase your property in the best possible way.

Antonio Cuellar is one of the world’s best luxury hotel and resort photographers. He has years of of experience combined with a sophisticated understanding of the requirements of hotel marketing departments. He also has an innate ability to capture the hotel essence photography of a particular hotel and convey this in photographic story-telling. His unique style of story-telling combines exquisite, unforgettable imagery, video footage and creative flair.

Email me for pricing and booking inquires. Please be sure to include information such as timeframe of the shoot, location and number of images needed. Preferably a detailed shot list.

I look forward to hearing from you.

Send me an email

Ask me how the SWAT team came for us after showing

Enjoyed every minute of our stay at the gorgeous c

The Hammam or Turkish Bath, was an important part

Fantastic location of the Grand Solmar at Rancho S

The wonderful pool at the Ridge Hotel in Cabo. Som

A Walk though paradise. The amazing Rancho San Luc

Broughton Hall Estate in UK 🇬🇧 from up in th

Another gosht filled Castle accommodation in the U

The Wonderful suite at Dromoland Castle in Ireland

If you have seen @Netflix or @netflixuk recently y

Built in the 1500s, Thornbury Castle has housed ki

Wonderful evenings at a Welsh Fairytale Hotel in A

The amazing sunsets in Cartagena! One of the most

Nothing Like the beach in Cabo San Lucas⁠ ©Anto

Another Epic Cave Hotel in Cappadocia Turkey. One

Can anyone guess where this image was taken. Clue,